Land of the Free?

The “free” world is becoming a scary place. Most of us lucky to have been born in “civilized,” democratic countries can’t even fathom a life of oppression, controlled by authoritarian entities called “governments” and “organizations.”

But the freedom of individuals is being threatened by a health-driven smokescreen that has been successfully blinding the populations of our so-called democratic countries.

Communication is what creates awareness. What is communicated, however, can be anything, not necessarily the truth. Whoever can communicate with millions of people almost instantaneously and at the same time holds incredible power. It is just as easy to communicate a lie as it is to communicate a truth. We want to believe that the communications we receive through the media are factual and truthful. But how do you know?

Most big and small-scale western media companies are owned by a handful of massive conglomerates:

Comcast: an American telecommunications conglomerate providing cable, entertainment, and communications products and services headquartered in Philadelphia, Pennsylvania. Founded by Ralph J. Roberts, it is now owned by his billionaire son Brian L. Roberts, who is the chairman and chief executive officer (CEO).

Disney: The Walt Disney Company is an American diversified multinational mass media and entertainment conglomerate headquartered at the Walt Disney Studios complex in Burbank, California. On February 25, 2020, Disney named Bob Chapek as CEO to succeed Bob Iger who is serving as the Executive Chairman during the transition period through 2021.

Vivendi Universal: an entertainment conglomerate with interests in music, publishing, television and film, telecommunications, Internet-related businesses, and the environment.

Bertelsmann: This a German private multinational conglomerate and the world’s largest media conglomerate which is also active in the service sector and education. 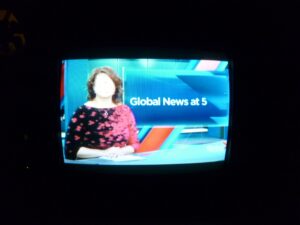 How autonomous do you think your local news broadcasters are with what they report on and how they present their stories? Even local media is nothing more than a channel for the “long arm” of the powerful BigWigs to convey their messages.

“Propaganda is information that is used primarily to influence an audience and further an agenda, which may not be objective and may be presenting facts selectively to encourage a particular synthesis or perception, or using loaded language to produce an emotional rather than a rational response to the information that is presented. Propaganda is often associated with material prepared by governments, but activist groups, companies, religious organizations, the media, and individuals can also produce propaganda.” – Wikipedia 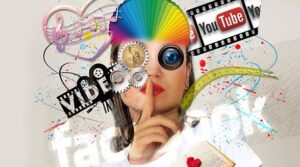 Censorship has now become an adopted practice by social media heavyweights. It’s one thing to ban behaviors like racism, discrimination, hatred, bullying and anything that causes harm to fellow human beings. It’s another thing altogether to ban information about topics that directly affect people’s health. WHO is the instigator behind this censorship. That was not a question.

The World Health Organization (aka WHO), comprises a group of international individuals (representing international stakeholders) that hold the highest degree of power over humankind. They take it upon themselves to dictate how governments should “manage” their populations under the guise of “what is best for the people.” 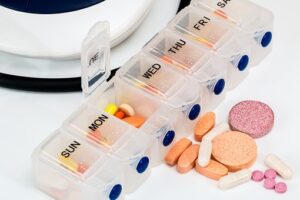 Their ultimate mandate is financial prosperity for the upper echelon of their hiearchy. By first creating sickness amongst the people through a food supply riddled with disease-causing chemicals, they produced customers to justify the manufacturing of drugs that seem to make the sickness go away by masking the symptoms. Frankenstein concoctions they call “vaccines” have become the status quo. And when they get push-back by individuals, groups & organizations, they have deep pockets to retaliate and discredit the “rebels”.

In your mind/heart/gut, do you really believe that the human body was meant to ingest & absorb man-made, chemical drugs created in a laboratory? The WHO wants people to forget that they have built-in, complex, perfectly competent immune systems that can function efficiently when provided with proper nutrients that would normally come from organic, non-gmo, plant-based foods.

Today’s news headlines are rampant with “authority” fed propaganda. Propaganda spreads like a virus, takes root and festers thanks to “herd mentality.” Herd mentality (also known as mob mentality) describes a behavior in which people act the same way or adopt similar behaviors as the people around them — often ignoring their own instincts in the process. Think of a sheep blindly following the flock no matter where they go just because that’s what the herd is doing.

Black Sheep / White Sheep – Which One Are You? 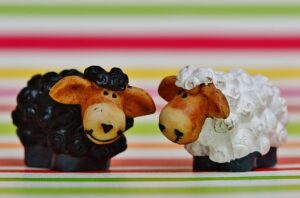 Sheep make a great example for herd mentality. The majority of people are white sheep. White sheep stick close together & follow blindly what all the other white sheep are doing. When the authorities say “jump” everyone jumps. It’s natural to want to believe that those in positions of power are providing the truth. We don’t question their judgments, their advice, their sources of information. It’s way easier to trust them because they they are the “experts” and they wouldn’t say or do anything that would harm millions of people!?!???…

Then there’s the black sheep (independent thinkers). Those are in the minority. They stand on the outskirts of the herd and think twice before reacting. When the authorities say “jump,” black sheep ask “why?” They listen to their “guts” and do some investigating before making decisions. These people are easy targets. They are going “against the grain.” Authorities feel threatened by black sheep and will publicly criticize them to discredit them. This is a very effective way to keep the white sheep in line.

One “recent” example, historically speaking, is Hitler and the Second World War. How did one crazy, fanatical man manage to convince the masses to believe his proclamations to the point of causing genocide? No one wants to believe that they are being brain-washed, but if you are not thinking for yourself, WHO is controlling your mind?